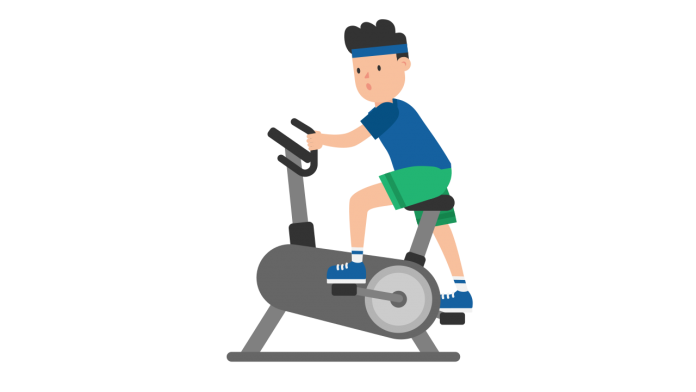 I have found that most people generally want to lose weight or feel better. For me this is the key question you should ask yourself before spending money on a gym membership or buying any type of equipment for your home.

Although weight loss is a major target for most people, some other important factors should also be considered.

The 2013 annual Sleep In America poll from the National Sleep Foundation found that people who self-identify as regular, vigorous exercisers got better sleep than their sedentary peers. Of the vigorous exercisers, just 17 percent said they got fairly or very bad sleep, while nearly half of the non-exercisers reported the same proving that physical tiredness is a key to sleeping well.

In the short-term, exercise increases blood flow, including to the brain, which leaves you feeling more awake, alert, focused and productive. But with a regular fitness routine, you reap even bigger benefits, including warding off dementia and other cognitive decline that often comes with age. Regular exercise also fuels the birth of new brain cells in a section of the brain called the hippocampus, which is highly involved in learning and memory.

In a 2014 study, women who sweated it out for 150 minutes a week and performed 60 minutes a week of strength training exercises had a lower risk of developing type 2 diabetes than the most inactive women in the study. Even walking counts: Earlier research found that people who walked just 3,500 steps a day (there are roughly 2,000 steps in a mile) had a lower risk of developing diabetes than the people who walked the least in the study, Reuters reported.

The more you exercise, the stronger you get — but not only in ways you can see. As the heart becomes more efficient at pumping oxygen-rich blood around the body, your resting heart rate may drop. And that’s a good thing, since higher resting heart rates may put you at risk for serious disease.

Even without a clinical diagnosis, working out will make you feel good. Whether or not you find the elusive runner’s high or not, there’s no denying the extra blood flow to the brain and the extra mood-boosting endorphins it produces. About 14 percent of people turn to exercise as a stress-reliever, according to the Anxiety and Depression Association of America — and those around you will also be happier you are not moaning as much either!!!

Your target, or goal, is the key to your success or failure. As with everything, set your goals realistically and don’t loose sight of them.