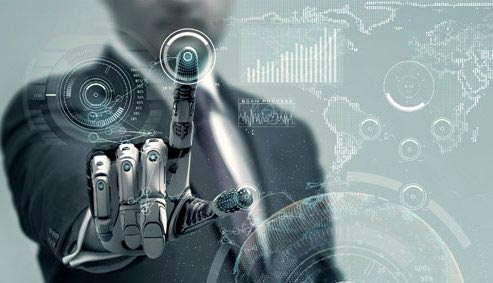 For decades, holograms have been seen largely on the screen, in sci-fi movies and TV shows like “Star Wars” and “Star Trek.”

The famed holodeck on “Star Trek” was used on a variety of the Federation star ships and was mostly seen when someone had to visit the sick bay as part of the “Emergency Medical Holographic program” (EMH). A 3-dimensional transparent image of someone would suddenly appear—but it was also something that you could interact with and ask questions. In “Star Wars” there was a similar type of holographic technology (usually projected from some type of handheld device). One of the more popular instances is when R2D2 projected a 3-dimensional image of Princess Leia pleading for help from Obi-Wan Kenobi.

Hollywood makes this type of technology look easy, but in the real world, holographic technology has usually resulted in relatively primitive designs. We have experimented with a variety of different methods—some successful and some not so successful. Back in July, a team at Tokyo University was one of the first groups to successfully create a system of touchable holograms. If you had a hologram of a small red ball, for example, you could essentially interact with it.. The ball would know when it was near your hand and would appear to bounce off of it. When this technology first made news, it was compared to a primitive version of the holographic computer desktop interface in “Minority Report.”

But now another major development in holographic technology is making headlines. A new device has been created that can transmit 3-dimensional images in close to real time. This could result in major advances in holographic tele-presence technologies. For example, you could conduct a speech in Tokyo from the comfort of your own home—a 3D, high-resolution, full size image of your body could be projected on stage in front of a live audience over 6,000 miles away.

This tele-presence system, designed by Teleportec, has to have two running systems: one in the ‘senders’ office, and one on the special podium that displays the image. This allows the subject to conduct lectures in real time and interact with the audience on the other end. You can even make eye contact with members of the audience.

But now a small group of researchers from the University of Arizona have unveiled the fastest 3D motion hologram. What makes this different than say watching “AVATAR” in an IMAX 3D theater is one word: glasses. This group of researchers have successfully demonstrated a display screen which presents an image which is viewable from all sides without 3D glasses. They have done all this with the use of 16 cameras allowing them to create a 45-degree 3-dimensional image. Each camera takes a different snapshot (360 degrees) and the more cameras that are used, the more refined the resolution of the image. In the past, there have always been issues with the refresh rates of the image. The group’s previous version only was able to render a new image about every four minutes. The new system refreshes ever two seconds, thanks to a special type of photorefractive material on the screen which reacts chemically to the lasers used to create the holographic images. All of the images that each of the cameras record is played back to the observer using fast-pulsed laser beams which then create holographic pixels “hogels” which show up on the special photo refractive polymer.

So, the holodeck is almost here! Think of the possibilities!