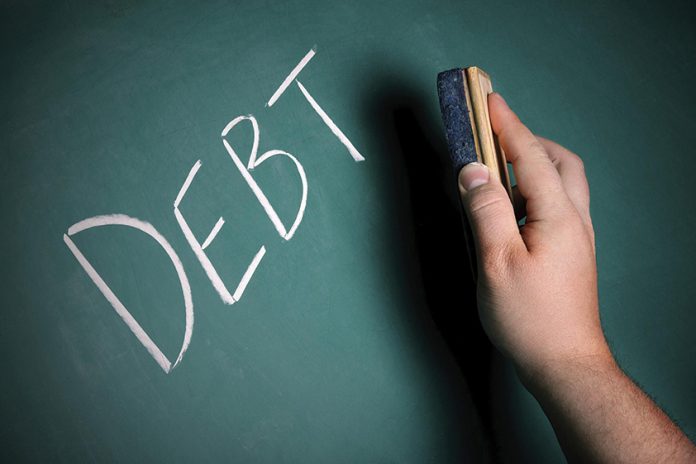 Debt is an amount of money borrowed by one party from another with an arrangement that gives the borrower permission to borrow money subject to contractual terms regarding the amount and timing of repayments of principal and interest.

Debt should be taken with a clear intention of paying it back. Debtors are legally responsible for paying the debts they legitimately owe. You cannot be sent to jail, or even be arrested for owing a debt, regardless of the amount involved. However, you could face court action over unpaid debts. A creditor has no right to forcibly enter into the property of the debtor to take control or to seize anything as a repayment of the debt owed. To collect an unsecured debt, the general rule is that most creditors must first file a lawsuit against the debtor and win the court judgment.

Interest shall not exceed 15% per year; when a higher rate of interest is fixed by the contract, it shall be reduced to 15% per year. Interest shall not bear interest. The parties to a loan of money may, however, agree that the interest due for not less than one year shall be added to the capital, and that the whole shall bear interest. Any such agreement must be made in writing and signed by both parties. If it is agreed in a contract that interest is payable, but no rate is specified, the court will order, as prescribe the law that the parties agree to the rate of 7.5% per year.

A guarantor is a person who pledges to pay for someone else’s debt if he or she should default on a loan obligation. As soon as the debtor is in default, the creditor is entitled to demand settlement from the guarantor by sending a letter of notice to the guarantor within 60 days commencing from the date of default. A creditor cannot request a guarantor to settle the debts of the debtor unless the notice has been duly received.

In case of death of the borrower where there are assets left, they must be used to cover the debts left by the deceased before distributing anything to the heirs. Creditors may claim repayment of the loan against the guarantor only within 1 year after the death of the borrower.