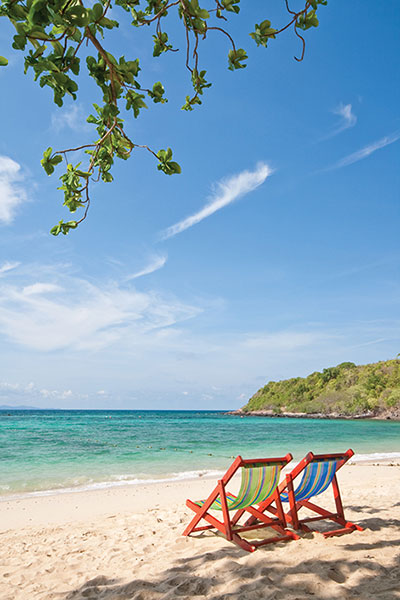 In a recent announcement, the Transport Ministry, which also oversees the Marine Department, stated that Thailand may lose all its attractive beaches within the next 10 years unless drastic measures were introduced to solve chronic erosion.

The Transport Ministry has stated it will adopt measures being used to preserve a critically eroded beach in Pattaya as a model to help save other endangered beaches around the country.

Sections of Pattaya’s main beach, which is popular with tourists, are currently being filled in with more than 300,000 cubic metres of sand after suffering erosion over many years.

Some sections of the beach are down to just two or three metres in width, compared with up to 35 metres in the past.

As the Deputy Transport Minister is quoted as saying, “If we don’t do anything, there will be no attractive beaches left.”

According to the director-general of the Marine Department, Thailand has 23 coastal provinces with a coastline stretching 2,000 kilometres on the Gulf of Thailand and 1,000 kilometres along the Andaman Sea.

Of this total, around 670 kilometres of shoreline is suffering from severe erosion with land being lost to the sea at a rate of more than five metres a year.

The ministry is also restoring Chalatat beach in Songkhla’s Muang district which is seriously eroded.

The ministry has allocated more than 300 million baht to combat erosion along a stretch of just over two kilometres on the beach. The work is expected to finish in 2018.

In Pattaya, officials have allocated 429 million baht and hired Marine Construction Joint Venture to lay sand along a 2.8-km stretch of beach running from North to South Pattaya. This beach restoration project is scheduled to finish next year.

Suphot Charulakkhana, of Chulalongkorn University’s Aquatic Resources Research Institute, which was hired to solve the erosion problem in Pattaya, stated that unlike seawalls built into the sea to protect coastlines from strong waves, replacing sand is more attractive and appeals more to tourists since the sand used is carefully selected to match sand already on the beach.

Up to 300,000 cubic metres of sand is being taken by boat to Pattaya where it will be poured into the sea to let the water wash it ashore.

Beach erosion is not confined to Thailand. A quick online search shows up any number of beach erosion problems worldwide, from India, where reports suggest up to seven of the beaches in Goa, a popular tourist destination, are being threatened by the sea to Malibu Beach in California to Cape San Blas in Florida to serious erosion just next door in Cambodia. 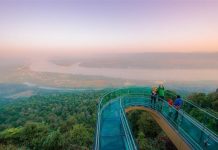 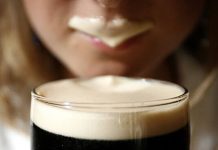 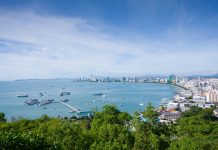 Hotels set to be big winners as EEC ramps up