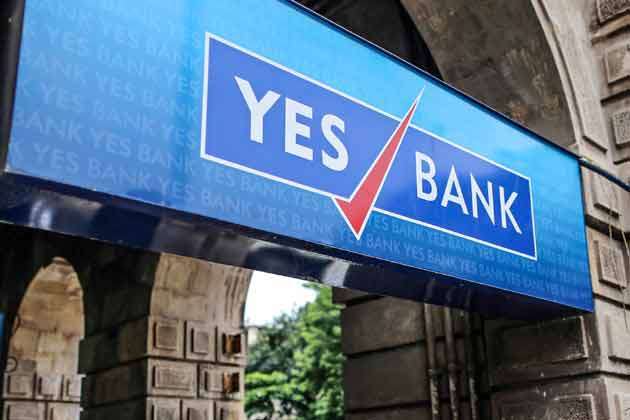 The Indian Government has taken control of the country’s 4th largest lender, Yes Bank, in an attempt to stop a bank run, but may have only made matters worse by its actions.

Massive queues were easily spotted outside Yes Bank branches, with people desperate to withdraw their money. The scenes were as bad as any bank run in recent times. The Indian Authorities’ move was the largest intervention in the banking sector in more than a decade.

A cap of 50,000 Rupees (US$680) per month on withdrawals was announced but even so, people were queuing for up to 8 hours to get even the small amounts allowed under the new directive. Internet banking had been shut down and the bank had all but ceased to function.

As well as the scenes of people queuing to get their savings out, stock markets and financial markets reacted very badly to the news as risk-off sentiment gathered pace. Not only were depositors worried, but also so were bondholders and shareholders. The Indian rupee dropped to a record low as stock markets sold off to notch up sharp falls.

The chief executive officer of Kotak Mahindra Asset Management Co., Nilesh Shah, was quoted as saying, “The market was expecting a solution,” adding, “People are bound to react the way they have, but the panic can easily be controlled if the government announces the contours of the revival plan.”

World famous jeans maker, Wrangler’s, will postpone its plans to enter the lucrative China market due to the current travel restrictions in the country.

Scott Baxter, the CEO of Kontoor Brands Inc., which owns both Wrangler and Lee, was quoted as saying, “We have made the decision to launch in the autumn for all the obvious reasons,” adding, “The stores have been closed, the consumer is not shopping and we’re really just thinking through the advertising piece right now.”

The original plans were to launch the 73-year-old Wrangler brand in the early part of 2020 with a view to targeting a growing consumer base China. The company had been planning the launch for at least the year prior. In 2019 the company had to concern itself with tariffs and the U.S.-China trade war, but this was largely settled at the end of last year.

Foreign visitors traveling to Japan were few and far between in the last month or so as the country grappled with Covid-19 outbreaks. Less than 1 million inbound foreign tourists were recorded in February 2020, compared to 2.37 million in February 2019.

Visitors from China fell the sharpest, totaling less than 60,000 in February, compared to more than 650,000 in the same month the year before.

According to data from the Immigration Services Agency, total daily visitors fell to just 35,000 per day from 85,000 per day at this time last year.