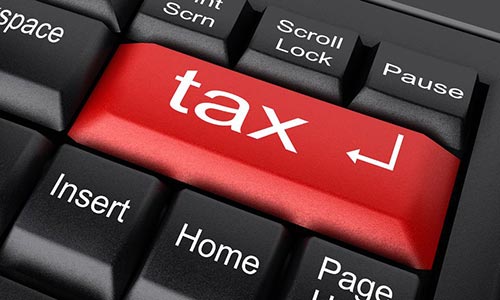 The cabinet has given the go-ahead for the value added tax (VAT) rate in Thailand to continue to be set at 7 per cent for another year, until the end of September 2019.

It has been at 7 per cent since 1997 and has been extended at that rate for many years. Before that, since its introduction in 1992, it was set at 10 percent. It was cut in 1997 in response to private sector requests and served to cushion the blow of the Asian economic crisis which started in 1997 and which hit the Thai economy hard in the years following.

The argument for continuing to keep the rate at 7 per cent now was based on the possibility of a VAT rate hike impeding the fragile economic recovery as well as hurting the farm sector.

Nathporn Chatusripitak, an adviser to the PM’s Office Minister was quoted as saying, “The Thai economy is now in an uptrend, while farm prices are increasing,” adding, “Any VAT hikes may possibly derail such trends.”

In Asia, Thailand’s VAT rate is quite in keeping with the general range of VAT rates across the region. For example Indonesia and the Philippines both have a 10 per cent VAT rate, whilst Singapore has a 7 per cent rate, the same as Thailand. Japan is slightly higher at 8 per cent, whilst Taiwan is lower at 5 per cent. Hong Kong and Macau stand out as having 0% VAT rates.

Many of the Middle Eastern countries including Saudi Arabia, Oman and the UAE also have 0% VAT rates, or more simply, no VAT at all to pay.

Thailand has competitive rates with the USA also. In the USA, VAT rates, or “sales tax” rates as they are otherwise known, vary by state, but are typically between 4.5 per cent and 7 per cent.

Go west to Europe however, and VAT rates are almost bearing towards the point where they are simply taking advantage of citizens. The UK’s VAT rate has hardly ever gone down and was already set high when it was introduced fully in 1979 at 15 per cent. It was increased in 1991 to 17.5 per cent and then to 20 per cent where it stands currently. The most likely next move is probably another increase again!

Europe’s VAT rates are even higher. Straight away, EU law forces all countries to ensure VAT is in force at a rate of at least 15 per cent, but most EU countries have much higher rates. Ireland has a 21 per cent VAT rate. Several other EU countries have rates of 23 to 25 per cent. Hungary has the highest rate in the world at 27 per cent.