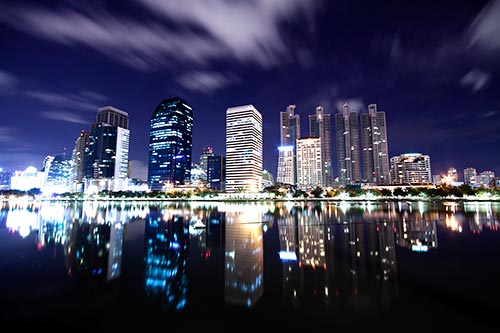 Although Bangkok has been one of the fastest-growing cities across the Southeast Asian region in terms of office building space and rental rates over the past decade or so, that trend is set to continue for the foreseeable future.

According to one leading real estate advisory company, Bangkok’s office space market will expand by at least 1.13 million square metres over the next five years, an increase of 30 percent. The largest increase will come within the so-called One Bangkok project which will add a massive 500,000 square metres of office space.

The Nexus Real Estate Advisory has been quoted as saying the market itself will change from a landlord market to a tenant market because of this growth in supply. Average rental and vacancy rates are also being forecast to experience significant change as each project reaches completion.

A lot of these new projects are expected to adhere to much stricter building standards, thereby placing them in what is considered the premium market.

Nonetheless, the office market is still in need of what further Grade A space even though the quantity of this has doubled in recent years, especially in the ever-expanding non-CBD areas of the capital.

The healthy nature of the office space environment over the last decade has prompted most of the major local companies to expand their portfolios and at the same time the sector has attracted new investors keen to develop what they see as potentially very profitable projects.

In key areas such as Sukhumvit Road and along Phaya Thai and Rama IV roads a number of the newer projects are for mixed use. This is due to the high cost of land and limited stock of freehold land in these areas.

Of course, what is classed as Grade A in the CBD is often due to the expensive price of land and the trendy architectural design of the building itself.