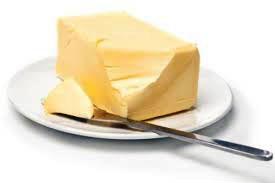 Italian food revolves around some basic staples, with pasta, vegetables and cheese among the key non-meat ingredients for many dishes. For the highly-rated Toscana Italian restaurant, one of the major reasons it is able to stand out from a very crowded field, is partly due to its incredible variety, and, more importantly, quality of its cheese selections.

Recently, the management of Toscana purchased a number of cows with the aim of being able to supply the restaurant with the freshest milk possible. The cows have been quickly put into service on their organic animal farm, located in Huay Yai district.

Toscana is now capable of producing a mixture of goat’s milk (something it has been doing for a long time) and cow’s milk, primarily to produce arguably the best and widest variety of cheeses in Pattaya.

One of the wonderful elements of being able to eat goat’s cheese is that it is easier on the human digestive system, being lower in calories and cholesterol than cheese made from cow’s milk.

When you add in the fact that the goat’s cheese products sold in Toscana come totally from the herd roaming the organic animal farm, you can basically be assured of a great taste, without the potential negative side-effects of ordinary cheese.

As well as the expanded variety of cheeses, which include Mozzarella and Tomato Caprese, the restaurant can now supply its own butter and fresh cream.

An interesting facet of goat’s cheese, according to Luca Marchetti, Toscana’s restaurateur and the man behind the organic farms, is how its taste will linger, and indeed become more evident on the palate, after you’ve eaten a particular dish.

“From every 25 litres of goat’s milk, I get about 2.5 kilos of goat’s cheese,” said mine host Luca. “Depending on what you want, from this I make some cheeses that are best to eat straight away. Cheeses that will last for only three or four days. Then there are some that you should keep for longer, that age very well.”

One of the best ways to get a handle on the wide variety and textures of goat’s cheeses available in Toscana is to order a cheese platter, with maybe a glass or two of the house red wine. One of the more intriguing and certainly incredibly tasty examples on the platter is the cheese-in-camicia, also called cheese-in-a-shirt. Basically, it is an aged cheese surrounded with a crust of pepper. The pepper is cut off, but the resultant cheese has a flavour that is as distinct as all the other cheeses produced by Luca and his team.

All the cheese is made in very much the same way Luca was taught as a youngster growing up in the Tuscany region of Italy.