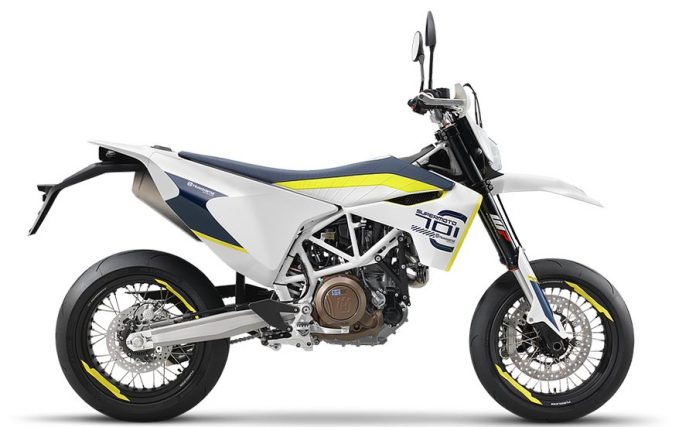 In the world of grade-A motorbikes the name Husqvarna has been a standout for more than a century. In Pattaya, the Husqvarna brand has been available for a few years but in recent times the showroom has moved to a far more prominent location, just off Motorway 7 on the eastern side of Sukhumvit Road. The original shop was at the junction of South Pattaya Road and the small private slip road which cuts off Sukhumvit Road at south Pattaya. It’s clear that Husqvarna needed to move to bigger and better premises, and this is what they have done.

All Husqvarna motorbikes have to be imported, so they are more expensive than the average bike, but then again, riding a Husqvarna is not really about a riding just a ‘bike’, it’s about being part of a lifestyle. Owning and riding a Husqvarna is akin to a motorised version of a fashion statement. In some ways, if you have to ask how much a Husqvarna costs, then you’re asking the wrong question.

Arguably there are two kinds of people who ride motorbikes. The first are those who have them as a cheap and convenient form of transport, as evidenced by the thousands which can be seen every day across the highways and byways of Thailand.

The second group are genuine motorbike enthusiasts: those who love the perceived freedom and adventurous utility as well as the sleek lines and high mechanical performance capabilities of the very best two-wheeled dream machines from around the world.

The Husqvarna brand started in 1903. It makes the Swedish product the oldest motorcycle manufacturer with an uninterrupted production cycle in the world. From the outset, Husqvarna was associated with quality and speed.

After the Second World War (1939-1945), a new form of motorcycle sport became popular in post-war Europe – christened ‘Moto-cross’ in Belgium. By 1953 races were being organised across Europe, with the lightweight and easy-to-adapt single-cylinder Husqvarna road bikes fast became a popular choice for off-road use.

In 1955 the iconic Silverpilen, which means ‘silver arrow’ in Swedish, was a pioneering Husqvarna model, purpose-built for off-road use. Nimble and weighing just 75kg, the telescopic fork, hydraulic dampers and frame-mounted engine were revolutionary at the time.

During the 1960s and 1970s, Husqvarna enjoyed great popularity as off-road motorcycling was booming. Husqvarna became the dominant force in World Motocross.

Husqvarna’s popularity spread beyond the off-road scene and by the late 1970‘s the motorcycle manufacturer was in corporate demand. Between 1977 and 2007 Husqvarna was bought, first by one of Sweden’s largest corporations, Electrolux, and then by BMW.

In 2014, Husqvarna Motorcycles returned to its origins with state-of-the-art technology and the iconic Swedish blue, yellow and white colour-scheme. The return to the classic white, blue and yellow body work was received enthusiastically across the globe, highlighted by record unit sales and annual turnover.

So, come along to the Husqvarna showroom and see what the fuss is all about, or visit their website – www.falconmotorsports.org – and check out the range of bikes available.