The Foreign Business Act 1999 has been amended by the government to make it easier for a subset of foreign businesses to do business in Thailand. 19 types of businesses are covered. It means that foreign businesses that fall into the correct categories can be run by foreigners in the Kingdom without having to gain express permission from the Business Development Department of the Commerce Ministry.

The 19 types of business, which are mainly in the banking and financial sectors and infrastructure projects sector, were already stated in The Foreign Business Act 1999 List 3, which meant that foreign business owners had to gain permission from the Business Development Department.

The other sector covered is regional agencies for already existing foreign businesses.

Following the amendment, the 19 types of business can simply now directly approach the government agency that deals with their specific sector, bypassing a lot of red tape and speeding up the set-up process quite considerably. For example, banking businesses can now seek permission directly from the Bank of Thailand.

For financial institutions, the aim is to improve the competitiveness of financial operators in Thailand as well as already existing Thai banking corporations. With investment in mind, the plan is to increase investment in the future, and by opening the market this can be achieved over the long run.

Apiradi Tantraporn was also quoted as saying, “The move allows foreign companies to join joint bids on infrastructure projects but also for other government projects such as rail, the sky train, airports power plants and petroleum exploration businesses.”

Both of these sectors have been earmarked with the Eastern Economic Corridor plans in mind so that the EEC expansion can go ahead without undue delays or complication. The EEC project will require significant investment and will be the centre of a large amount of infrastructure projects over the coming years.

These will include high speed rail links, deep sea port improvements, airport renovations and improvements as well as the building of new buildings and roads for industrial and residential areas in Rayong, Chonburi, Chachaengsao and around U-tapao airport. 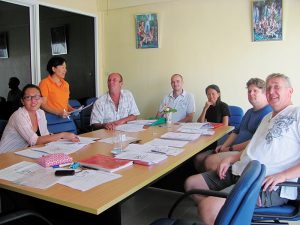 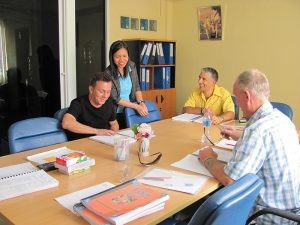 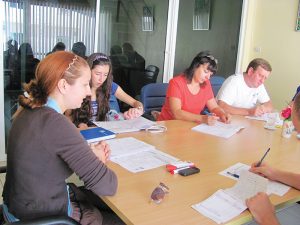 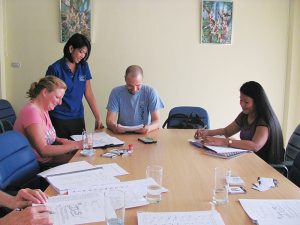