The Industry Ministry recently announced that a Chinese electric bus maker had expressed interest in investing in the building of an automotive assembly plant in Thailand to produce electric buses to serve the nation’s transport system.

Buses. It would then be in a position to export its products to other Asean countries.

Shenzhen Wuzhoulong stated it would plan on making 10,000 buses in the first year. The company has a production capacity of 30,000 units a year in China and

Is also looking to make passenger electric cars to serve rising demand in the region.

It already has produced 4,000 buses to serve 300 public transport routes in Shenzhen, the key special economic zone in Guangdong province.

The proposed investment is perfect timing as the Thai government is considering a plan to support electric vehicles (EVs).

All relevant government agencies, including the Industry Ministry, Finance Ministry and Board of Investment, will have discussions about the investment package and what incentives will be needed to support investment in EVs. Once this is decided a proposal will then go to the cabinet for approval.

The Industry Minister is quoted as saying, “Electric cars have become a trend in Thailand and will continue to grow. The government and the Bangkok Mass Transit Authority (BMTA) also have a policy to open bids for electric buses to be used in the BMTA system. Shenzhen Wuzhoulong Motors Group is also interested in joining the bids.”

Interest from both Thai and foreign makers is high and includes the likes of Shenzhen Wuzhoulong, Loxley Plc, Cherdchai Tour and Tesla Motors.

Asean because of its ideal location in the centre of the region and its high technology.

Local carmakers are also seeking government support to start investing in plug-in hybrid electric vehicles in the country. The government has listed EVs as one of the 10 targeted industries it wants to promote as next-generation industries. 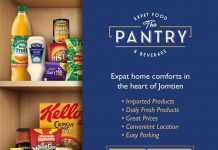