GETTING ARRESTED IN THAILAND

According to Thai law and procedure, a suspect can be arrested and detained for a period of up to 48 hours at the Police Station for thorough investigation of the offense that has allegedly been committed, provided, the Arresting Officers has informed or explained the suspect of his offence or by presenting a Warrant of Arrest. Police may conduct searches and seizures without a warrant when they have reasonable grounds to consider that the suspect is in possession of any illegal substances or articles that may be used to commit a crime or when the crime is committed in the presence of an arresting officer. Warrant of Arrest and other verbal warnings are expected to be in Thai language. Therefore, it is essential for the police or the court to provide non-Thai suspect with an interpreter.

In case the investigation is not finished in 48 hours, the police officer must request the court to grant the power for confinement extending the length of which is at the discretion of the court.

The arrested must be given a chance to notify any of his family members, relatives or friends of the said arrest and the place of incarceration, which also follows that they must also have visitation rights and an opportunity to talk to them privately.

The right to remain silent

All suspects have the legal rights not to disclose any information without the presence of a lawyer at every step of the investigation stage. The suspect must first be made aware that any statement he makes may be used as evidence against him. If the Arresting officer fails to notify the suspect of his legal rights upon the seizure, it would mean that any confessions made beforehand may not be used as evidence.

A suspect has the right to request for a competent legal counsel, to meet him in private and to secure his attendance during the proceedings. Should the arrested suspect cannot afford a lawyer, the court can provide one without any cost.

A written request must be submitted by a bailsman to the investigating officer, who will ask for particular documents. The result of the bail review shall be announced within 24 hours.

The minimum bail amounts may vary because the amount of bail for each case is set by the presiding judge of each jurisdiction.

A suspect or alleged offender has the right to an adequate medical treatment, if needed.

Passports should be returned immediately after the suspect has been released by bail. Police officers have the right to seize and withhold a passport only if they have a suspicion that it has been used for a criminal act or it is indeed counterfeit. 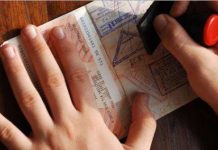