While bar charts, line graphs and simple numbers are hardly capable of providing the defining answer to many economic, social and political questions, they are certainly a good way of obtaining a general overview of any particular subject.

Each month the Business Supplement will look into a brace of statistical information and provide readers with what we consider to be the central elements of these figures.

Median Age in Thailand
The median age of the population of Thailand is certainly on the rise, meaning that the population is by and large getting older and that demographics are shifting to a more elderly population.

Yet rising median ages have not just been a feature of the current generation. Go back to 1990 and the median age in Thailand was 24.3, and in 1980 only 19.7 years.
In the South East Asia region, in 2020, Laos, Cambodia and the Philippines had the lowest median ages of 24.4 years, 25.6 years and 25.7 years respectively. Only Singapore had a higher median age than Thailand in the latest data, which stood at 42.2 years.

Worldwide, the countries with the highest median ages were Monaco in top position at 55.4 years, Japan in second place at 48.6 years and St. Pierre and Miquelon in third position at 48.5 years. In fourth and fifth place were two European countries, namely Germany and Italy, coming in with 47.8 years and 46.5 years respectively.

Higher median ages are not necessarily all bad news. For one thing they show that people are living longer, and potentially healthier lives. Yet, it does affect the economy and workforce participation rates and is a concern to economists going forward. 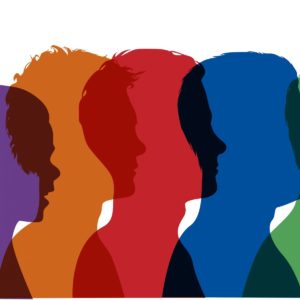 Thailand has quite an enviable unemployment rate compared to major industrialized nations such as the U.S. and countries in Europe.

Twenty years ago things were different with unemployment rates in Thailand close to 6 per cent following the Asian Economic crisis, but steadily fell to todays levels.