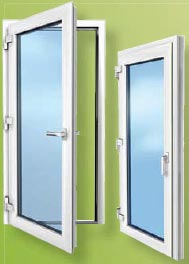 ARC is a company which has for a long time had a substantial ‘footprint’ in the Pattaya business landscape and its VEKA windows and doors arm is probably its most potent in terms of customer awareness.

VEKA offers a range of window and door installation options for potential customers, from the highly-rated uPVC windows and doors with Insulated Glass Units (IGU) with standard double-glazing to options with noise (laminated) and heat reduction (LowE).

While the latter may be the most expensive initially, over the longer term uPVC windows and doors usually prove to be hard-wearing and certainly superior in terms of energy efficiency, thereby helping to reduce power bills and thus resulting in long-term savings.

While aluminium is the cheapest initial option for installation in a house or condo, it is the least efficient when it comes to energy efficiency. Of course, sometimes it’s the only option for people whose budget cannot stretch to either timber or uPVC.

Timber is aesthetically pleasing in most cases, at least at the beginning of installation. It’s a material which is readily available and initial costs are fairly low. Timber is easily worked and its appearance and feel are hard to beat. It also offers a reasonable degree of insulation.

The negative for timber is that if it’s not maintained properly, as it ages it can become unsightly and, depending on how much exposure it has to Thailand’s harsh weather environment, it may start to warp.

VEKA recommends uPVC above aluminium and timber for sensible reasons, not the least of which is the long-term energy savings despite the initially higher expense.

For example, let’s say your property needs the installation of five windows. On average, one uPVC window will save around 2.2 kilowatts per day, so five will save around 11kw per day. While rates vary, the cost of electricity is between three and 4.5 baht per kilowatt, so the saving per day could be anything up to 49 or 50 baht. That’s close to 1,500 baht a month, so it’s not hard to see that within a couple of years or less, the long-term savings outweigh the initial expense of installing uPVC windows and doors rather than aluminium or timber.

As well, uPVC reduces the impact of heat and noise pollution, which is definitely a factor of life in Thailand. VEKA recommends the use of uPVC windows and doors with LowE glass, as this blocks most of the long-waved radiant infrared energy, which helps keep the heat on the side of the glass where it originated, thereby helping to keep the interior cooler.

As for sound reduction, laminated glass is used to increase the sound insulation of a window. A special ‘acoustic PVB’ compound is used for the interlayer and this improves the sound attenuation compared to non-laminated glass panes of the same thickness.

Another advantage of the uPVC windows and doors with laminated glass is that they hold together better if shattered, thus making them more burglar resistant.

VEKA windows and doors can be contacted via their advertisement in this magazine for a no-obligation free quote.