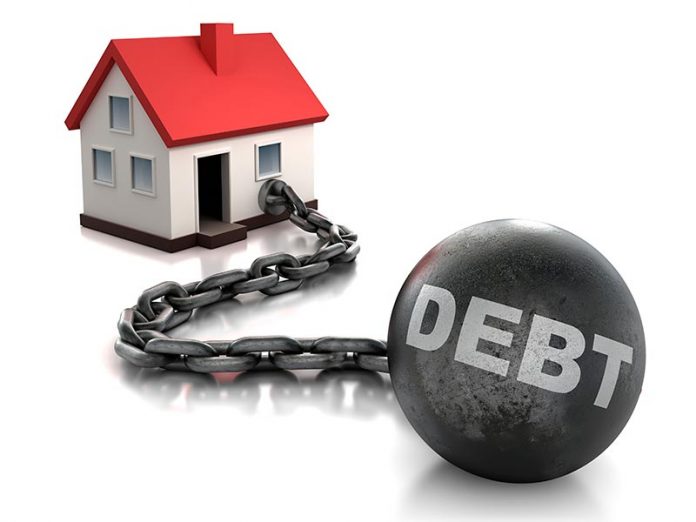 Thailand’s household debt to GDP ratio was the third highest in Asia in Q3 2016, with personal loans taken out by first jobbers one of the main reasons for the rise, according to researchers at a think tank at the central bank.

According to the Bank of international Settlements (BIS), the ratio of household debt to GDP came in at 71.2 per cent for the third quarter of 2016, only surpassed by Australia at 123 per cent and South Korea at 91.6 per cent.

Another measurement of the ratio by the Bank of Thailand based on a larger data pool, gave an even higher rate of 79.9 per cent.

Mrs. Sommarat Chantarat, head of the financial systems section at the Puey Ungphakorn Instiute for Economic Research (PIER), was quoted as saying, “ Thailand’s [debt to GDP] ratio was recorded as one of the highest in Asia Pacific, and at the same level as developed countries, but the ability to repay back might not be at similar levels”. Citing a recent study document based on National Credit Bureau data of 19 lenders covering 9.8 trillion baht entitled “Thailand’s Household Debt through the Lens of Credit Bureau Data: Debt and Delinquency”, it was established that only around one third of Thais have access to loans and only four per cent of the Thai population have taken out a mortgage due to low access to funds. The study encompassed data on 87 per cent of all loans outstanding.

Sommarat Chantarat was quoted as saying “Only 10% of Thais in their early 40’s have mortgages, which is very low compared to the U.S. where 40% of the population over 40 have mortgages”. She was also quoted as saying, “As seen from the data, policies to improve access to loans for investment or housing are crucial but need to be focused on people who have the ability to repay debt”.

According to Atchana Lamsam, head of networking and communications at PIER, Thais have better access to personal loans as compared to mortgages and credit cards, but also have a tendency to default more, especially younger customers. Higher default rates were seen outside of the capital city with the North, Northeast and far South putting in the higher numbers. Thirty per cent of first jobbers in the age range of 25 to 35 years had taken out a personal loan.

She was quoted as saying “Financially vulnerable groups and areas warrant close monitoring as they could affect the stability of the financial sector”.