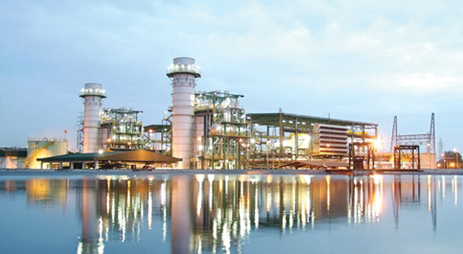 Chonburi Clean Energy (CCE), a joint venture company established by Glow Energy Plc, SUEZ and WHA Utilities and Power Plc, has signed a Power Purchase Agreement (PPA) with the Provincial Electricity Authority (PEA) for the 8.63 MW industrial-waste-to-energy power plant, to be located in the Hemaraj Chonburi Industrial Estate, Chonburi Province.
Mr. Brendan Wauters, CEO of Glow Group, disclosed that CCE has signed the PPA with PEA for a contracted capacity of 6.90 MW with a contractual term of 20 years.
According to Mr. Wauters, waste-to-energy projects such as CCE are considered to be of a high priority in the context of Thailand’s energy policies, and are also fully aligned with Glow’s strategy to focus exclusively on carbon-light opportunities when considering new investments.
Mr. Wisate Chungwatana, CEO of WHA Utilities and Power Plc, said that the project is in the process of Environmental Impact Assessment (EIA), which is expected to be completed and approved by related authorities by October 2017. Then, the project’s construction period will take about 24-26 months with the commercial operation date (COD) scheduled in December 2019. Total investment on the project is estimated to be around 1.5 billion baht (or approximately 43 million US dollars).
Mr. Steve Clark, CEO of SUEZ Asia, stated that SUEZ, a world leading company in environmental management (waste and water), has been successfully developing and operating close to 60 waste-to-energy references worldwide. We will bring ourinternational experience and expertise on waste management and development in waste treatment infrastructure to ensure that the project will be aligned with world-class standards and will create a proper norm for industrial waste management in Thailand. Our goal is to assist local government in its ambition to create a circular economy and protect the environment by converting waste into green energy.

Glow Energy is a member of the Glow Group, which is a major energy player in Thailand. Glow Group’s combined installed capacity is 3,207 MW (Glow’s stake is 2,891 MW) of electricity and 1,206 tons per hour of steam. Glow Group generates and supplies electricity to the Electricity Generating Authority of Thailand (EGAT) under Thailand’s SPP (Small Power Producer) and IPP (Independent Power Producer) programs, as well as electricity, steam, industrial water and services to large industrial customers principally located in the Map Ta Phut area and nearby.