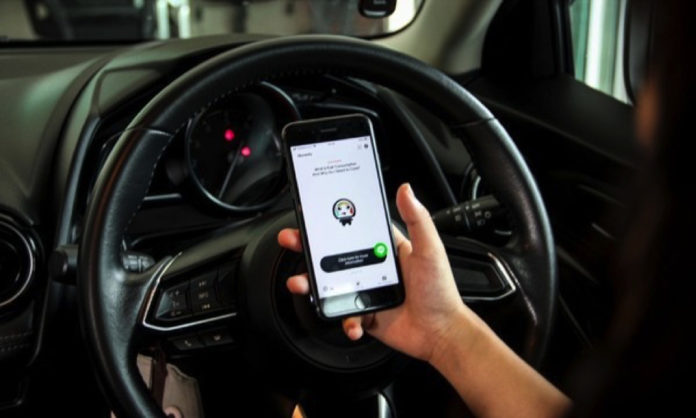 Motor vehicles are one of the biggest sources of fuel consumption in Thailand and so naturally strategies to increase the fuel efficiency of cars play a major role in the Government’s overall attempts to reduce final energy use.

The importance of cars to the country’s energy strategy becomes especially apparent when looking at the growth figures. Each year, 3 million vehicles are added to Thailand’s roads. At the same time, there is a trend towards larger vehicles with higher fuel consumption such as SUVs, pickups and mini vans. As a result, Thailand becomes increasingly dependent on energy imports and volatile global energy prices.

Emissions resulting from fuel combustion also have a strong impact on air quality in our cities. For example in Bangkok, more than half of the air pollution comes from old, unmaintained vehicles, according to the Pollution Control Department.

“Here, at the Department of Alternative Energy Development and Efficiency (DEDE), we have set ourselves the goal of reducing energy intensity by 30% within 2036 in line with the Energy Efficiency Plan 2015. Transport is one of the priority sectors to achieve this goal. What we have done so far is to implement a CO2-based excise tax in 2016 and the EcoSticker, an information tool that shows consumers how much fuel different car models consume per 100 km. With the help of the Ecosticker, the consumer can compare different car models and chose a more efficient one”, Mr. Chaiyut Sarapa, Director of Energy Efficiency Promotion Division, the Department of Alternative Energy Development and Efficiency (DEDE), explained.

The EcoSticker is a great tool to help consumers make a smart choice and save energy as well as money. In fact, depending on the chosen car model, car owners can save up to 60,000 THB each year on fuel costs.

“The limitation of the EcoSticker is that it currently relies on laboratory test data, which use assumptions as well as pre-determined and partly outdated testing standards. Therefore, the tests often feature old speed limits or drive cycles that may not incorporate various traffic and driving conditions such as congested roads ,” said Carolin Capone, Head of Transport Projects at GIZ Thailand.

“Also, fuel consumption depends on many more things that are hardly reflected by the tests, such as road conditions, driving style, maintenance of the vehicle, and the use of air-conditioning” she added.

In fact, research conducted by the International Council of Clean Transport (ICCT) has shown that the divergence between real-world fuel consumption and laboratory data can be as high as 50% and has risen sharply over the last two decades (in 2001, the divergence was less than 10% in Europe). The same is true for air pollutants such as nitrogen oxides (NOx), and Greenhouse Gas (GHG) emissions.

This increasing divergence has important implications. While for an average consumer, the gap can translate into higher-than-expected fuel costs, this also poses challenges to the Government in designing realistic policies and incentive schemes to foster energy efficiency and manage emissions.

A digital tool to the rescue

To address the data divergence and support drivers to save fuel, the Deutsche Gesellschaft fuer Internationale Zusammenarbeit (GIZ) GmbH recently launched a digital platform called “Moverity”. This digital tool supports drivers in two ways. On the one hand, it provides an accurate database that enables consumers to compare the fuel consumption of different car models when they are looking to purchase a new car. On the other, the smartphone application helps drivers save fuel and money by providing eco-driving tips and by showing how changes in driving behaviour, new tyres or a different kind of fuel affect fuel consumption. Evidence, for example from the Transport, Health and Environment Pan European Programme (THE PEP) by UNECE and WHO European Region, has shown that the consistent application of eco-driving tips alone can save up to 20% of fuel.

Moverity uses a consumer-based crowd-sourcing approach. This means it gets the data from a large number of actual drivers and so the datasets reflect actual driving conditions in Thailand rather than laboratory test data. Moverity is easy to use and can be accessed through three digital channels: a website, a smartphone application and a Facebook Messenger chatbot. The driver simply types in the amount of fuel put into the tank when filling up the car, together with the odometer reading. The rest is done by the application. The platform is now being transferred to the Department of Alternative Energy Development and Efficiency (DEDE), Ministry of Energy, who plans to further develop the platform, especially enhancing user-friendliness.

Mr. Chaiyut said, “Consumer-reported data, such as data from the Moverity platform, can also help us analyse and evaluate fuel consumption from the actual driving conditions. Also, the consumer-based data can help us monitor the impacts of our policies and steer them in the right direction to reach our goals.”