The Royal Thai Government has identified tourism as one of the four core areas that will help transform the kingdom’s Eastern Economic Corridor (EEC) to be the leading economic zone in Southeast Asia.

Covering the provinces of Chon Buri, Rayong and Chachoengsao, off the coast of the Gulf of Thailand, the EEC is also known as the Eastern Seaboard and enjoys excellent transport and trade links, as well as well-established manufacturing zones for the petrochemical, automobile, and electronic industries. It also has a hugely successful tourism sector, which the government plans to extend, improve and promote with the help of agencies; such as, the Tourism Authority of Thailand (TAT).

Mr. Yuthasak Supasorn, TAT Governor said, “Thailand’s Eastern Economic Corridor is a diverse region and offers a huge range of attractions to tourists and visitors. We want people coming here to work or travel to have the chance to explore the culture of the area. They’ll find communities offering unique local experiences from exploring bustling markets to making connections with people via homestays and fishing excursions. Foodies will love the area, especially the farms and orchards where amazing fruit can be enjoyed.”

The well-established tourist resort of Pattaya is renowned, and visitors come to visit the beach, enjoy fine-dining, nightlife and off-shore attractions. But now there is a drive to extend and improve attractions offering more diverse and family-friendly experiences in the beach resort city as well as in the nearby provinces of Rayong and Chachoengsao.

Tourist attractions in the EEC area that have become popular for day-trips include the Cartoon Network Amazone water park, which is popular with young people and the exquisite Sanctuary of Truth that is a showcase of Buddhist and Hindu art. Chachoengsao has many unique local attractions including a 100-year-old market on the local canals and fruit orchards where visitors can take tours and enjoy freshly picked products including durian and mangosteen.

More natural attractions in the EEC include Ko Si Chang, which has a fascinating history having once been home to King Rama V the Great’s summer palace. It is currently being developed to accommodate more tourists and attract visitors coming to watch the Air Race 1 World Cup Thailand, being held from 17-19 November, 2017, at nearby U-Tapao Rayong-Pattaya International Airport.

Nearby Ko Samet in Rayong is popular with Bangkok weekenders and boasts sandy beaches and clear waters for bathing. Chon Buri’s Sattahip is home to attractions; such as, Ko Kham Undersea World, and there is a plan to develop a new commercial seaport as well as to expand the Chuk Samet Pier. There are also plans to further develop the seaports of Laem Chabang and Map Ta Phut.

Durian at a fruit orchard in Rayong

Mr. Yuthasak said, “These developments will allow the EEC area to be more accessible to cruise liners and luxury yachts bringing high-quality tourists into the region and further boost regional transport links.”

Such transport links are vital to the success of both tourism and business in the EEC. While Thailand’s main gateway, Suvarnabhumi Airport is easily accessible for the Eastern Seaboard, the U-Tapao Rayong-Pattaya International Airport is being converted into a commercial airport with the construction of a second runway and the building of a new passenger terminal.

Rail transport will also be developed with plans to develop a high-speed double track railway into the eastern provinces that will connect the three local international airports, Don Mueang, Suvarnabhumi and U-Tapao Rayong-Pattaya helping facilitate business and tourism in the area. There are also plans to build faster and more comprehensive rail routes between airports, ports, industrial and urban areas.

Mr. Yuthasak concluded, “Transportation and easy access for everyone can only boost tourism in the EEC area and will benefit local people and businesses. By prioritising tourism in the EEC, we are also helping local communities benefit with investment, jobs and income.” 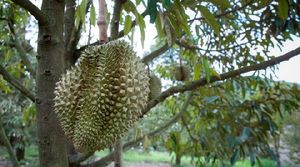 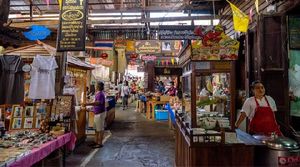 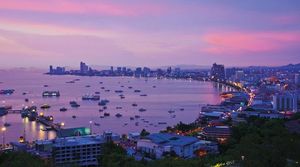 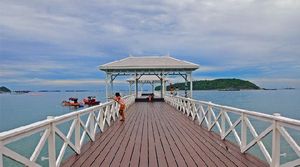